A Little Bit of Kindness

A Little Bit of Kindness 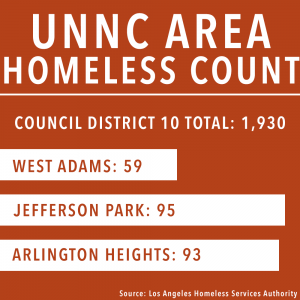 Homelessness! Not the most delightful subject but one that cannot be ignored.

Presently the Homeless count for the United State is 567,715 and 56,257 in Los Angeles County, according to endhomelessness.org. How do people become homeless? The answer varies. Some of the underlying causes are financial loss or rising costs, drugs/alcohol addiction, or mental health.

I have a loved one who is homeless. He has been homeless for quite some time. My family and I are shocked at this reality. This is a man who was always well manicured, a great dresser, is intelligent, and well respected. We are scratching our heads trying to understand not only why he is homeless, but why he has remained homeless for so many years.

He is a “larger than life” personality. One that comes in the room and takes over. My family and I tried to do what we could, but no one had “extra” enough to be able to offer sustained help. In addition he was doing nothing to help himself. Once homeless, his personality became more adversarial. More of a “you listen to me” type. It got so bad we really did not want to even talk to him.

We knew he needed a place to stay, but no one wanted to invite that drama into their homes. A relative finally took him to an agency and helped him find a room for rent. He stayed there a little while, but soon got into disagreements with the other boarders and left, stating he could no longer live there.

He decided the best thing for him was to sleep in his car. Every time a friend or family member suggested he rent a room, he refused. Meanwhile, he continued to be combative, angry, uncooperative, and sometimes downright insulting. We wrote it off to a touch of mental illness. Surely that was it, who would suggest that sleeping in his car was the best option?

Now, I’m not a mental health expert, but as I really, calmly consider this case, I realized what we were really looking at was a man who was embarrassed, hurt, disappointed by his failed dreams, and his apathy may be contributable to depression. His insults or taking control of a conversation became his defense. I believe his thinking was, “I’ll insult you before you insult me.”

We may not realize it, but there is a look, an action, a comment that the general population shows which is condemning of the homeless. Even in our agencies the homeless are sometimes treated with little respect.

Finally, something amazing happened. A lady in the neighborhood where he parks/sleeps asked if he needed anything from the store. Wow! that touched his heart. She has continued asking if he needs anything. Very nice! Also, a gentleman in the neighborhood often checks on him, and a business in the area allows him to charge his phone. A little bit of kindness!

This helped to lighten his attitude. He saw a flyer announcing a shelter resource. And, HE decided to look into it! Turns out the shelter help was from HOPICS, the Homeless Outreach Program Integrated Care System. The first thing he told me was that the rep and employees of HOPICS treated him with respect. That was important to him and was greatly appreciated, and has after all these years, has encouraged him to do something for himself!

These acts of kindness have humbled him. He is grateful. He is a happier person. This has even caused him to look more critically at himself, assessing where he might improve! Also, he is proud to announce that he is looking for a shelter!

Tonight, he will sleep in his car one more time, out in the cold; but tonight is different. Now, instead of focusing on all that is wrong, he is working towards change. He has hope! And, it all started with a little bit of kindness and being treated with respect.